window to the soul

Our genesis drop - Window to the Soul - is a generative art algorithm producing a collection of unpredictable and infinitely unique digital eyes.

The algorithm will generate a custom eye for you at the time of mint, based on your ethereum wallet address and the time of minting. What will the window to your soul look like? Each piece is animated in 3D and is resolution-independent, meaning it will scale to any size of digital display without any loss in quality or resolution. Animations are non-repeating and continue forever. 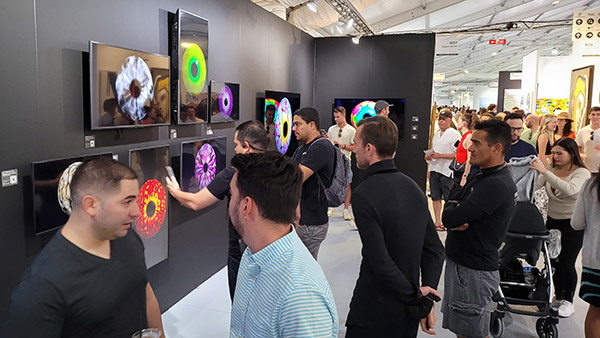 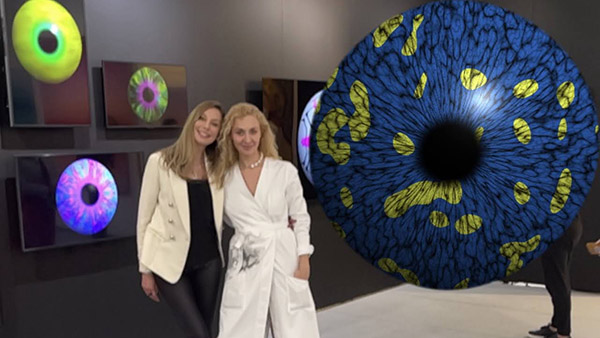 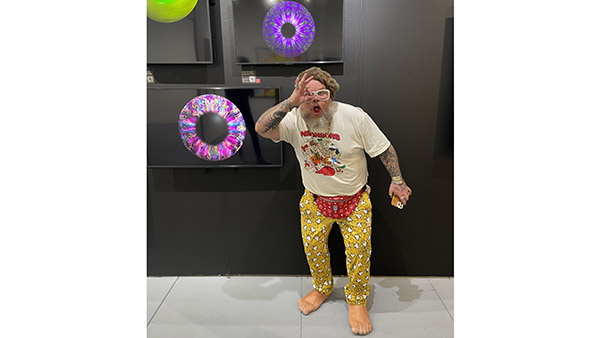 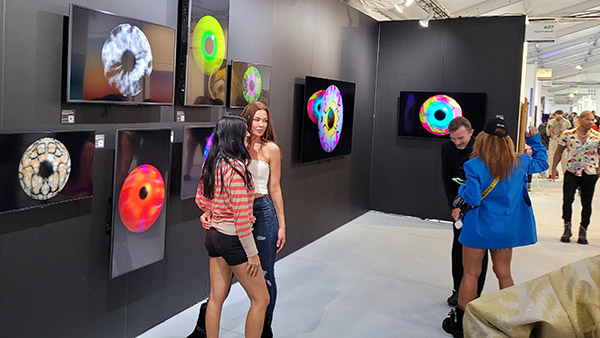 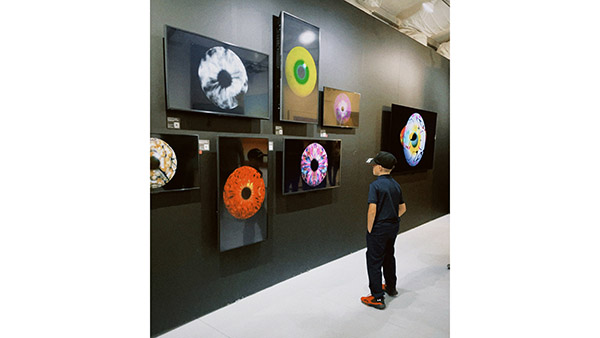 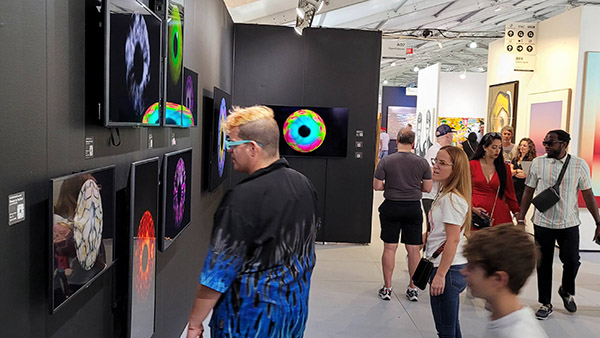 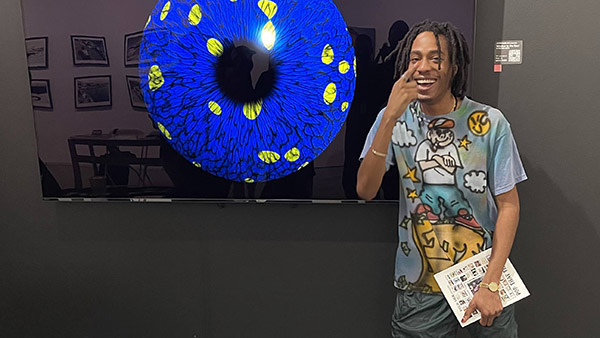 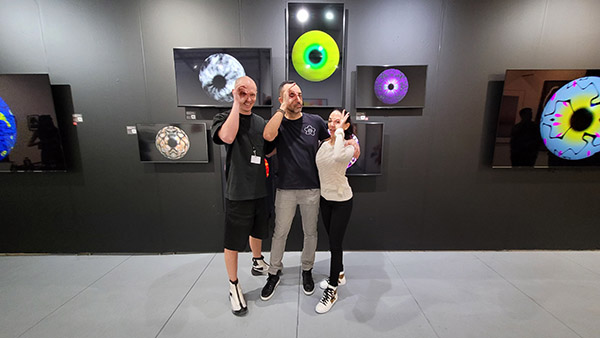 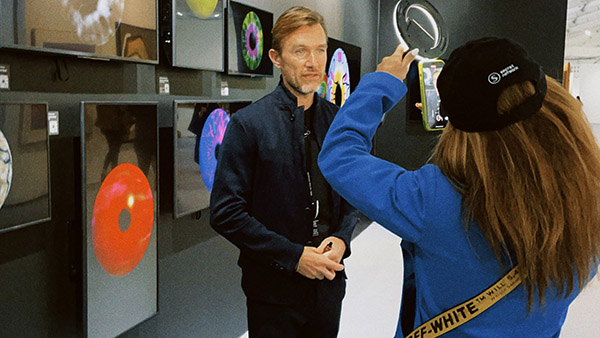 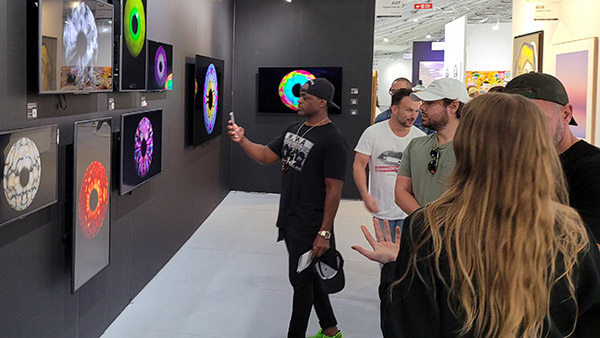 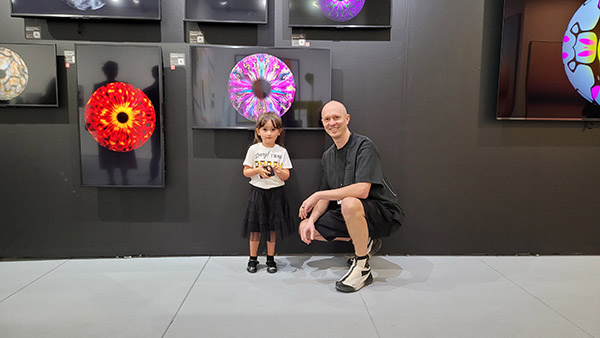 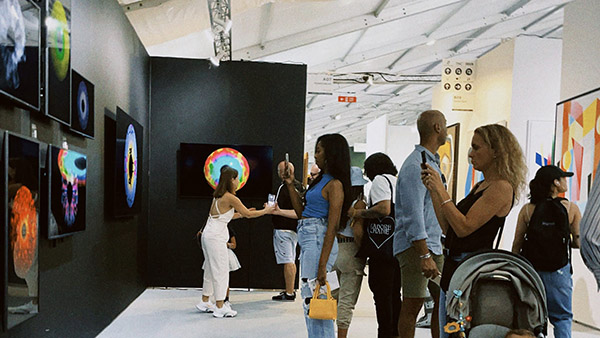 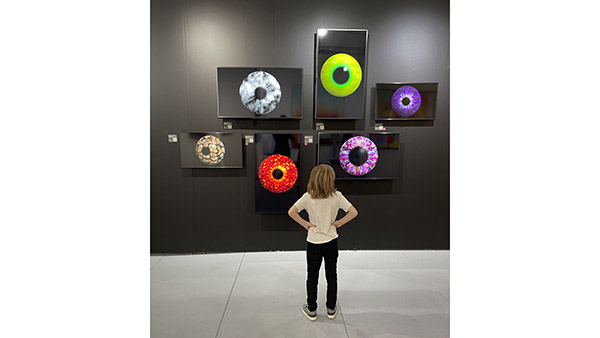 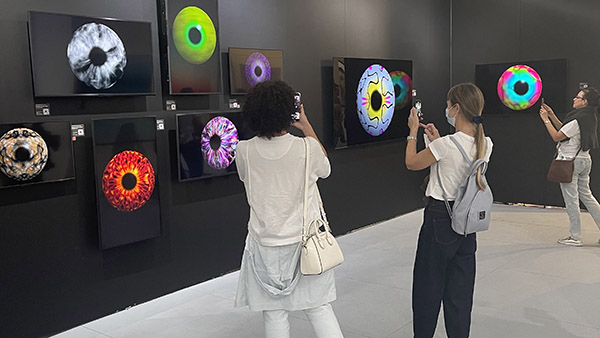 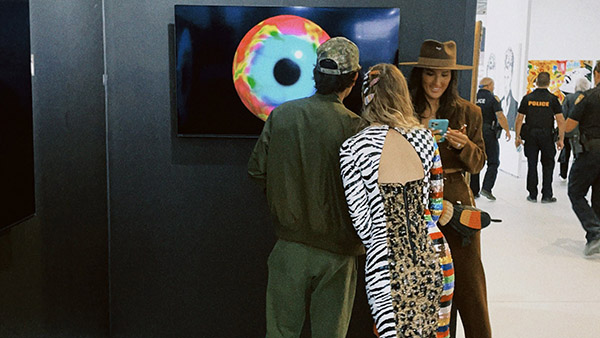 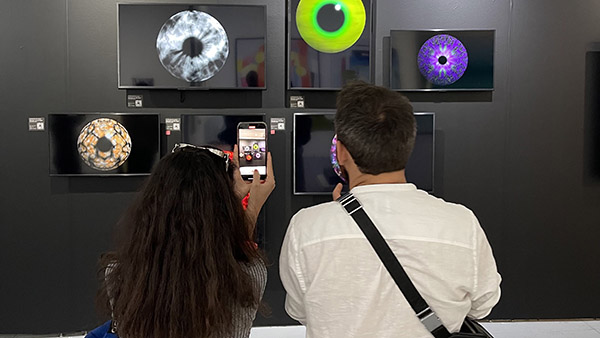 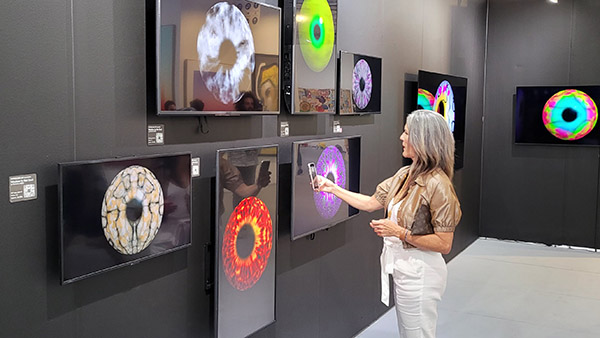 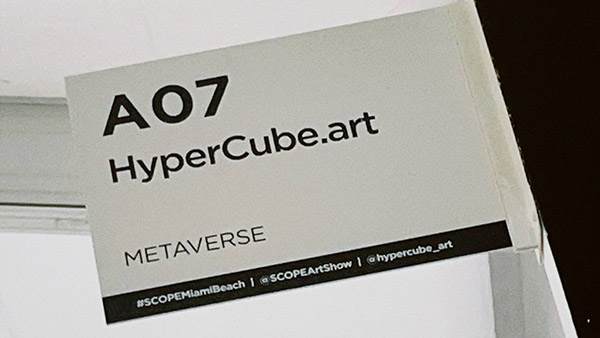 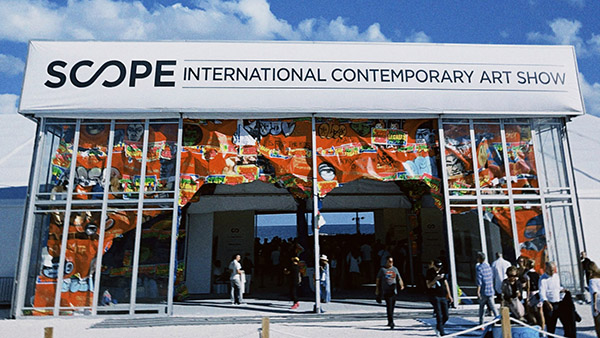 Window to the Soul was one of the most popular exhibitions at Miami Art Basel 2021, recognized by Miami Herald as a 'must see' project.

Electralina is a collaboration between two loving souls - the creative and the coder - Alina Karo and her husband Ryan Junee.

Alina began her career as a fashion photographer shooting for Vogue, Harper’s Bazaar, Interview Magazine and many others. She turned to fine art photography and has exhibited her collections in Paris, New York, Los Angeles and Miami.

Ryan grew up programming from a young age and eventually earned his Masters Degree in Engineering from Stanford University. They were inspired to explore the patterns in nature and technology together through algorithmic generative art.

Did you know that most NFTs aren't actually stored on the blockchain? The NFT that you purchase is actually just a URL pointing to an image sitting on a server somewhere, usually owned by a private party. But what if that server disappears? So does your Image.

Window to the Soul is different. The artwork is actually a computer algorithm which is stored on-chain. It will always be available (as long as Ethereum exists). It is not controlled by any private party and you will always own it.

Each eye is generated with unique traits selected by the algorithm, including:

In addition to the eyes generated at time of purchase, an exclusive set of 10 pieces have been hand selected by the artist to showcase some favorite outputs from the algorithm. These are marked with a special 'Artist's Choice' property and may be kept or resold by the artist.

As a special bonus the eyes can be displayed in augmented reality on supported devices. This works natively in Android Chrome, and on iOS by installing the WebXR Viewer. Simply tap the 'AR' button that appears in the bottom right when viewing an eye on a compatible device.

The journey began in 2018 when we (Alina and Ryan) met at Burning Man. Alina emerged from a dust storm wearing a hood and mask, and all Ryan could see were her eyes. He knew in that moment that she was special. We began our relationship and married at Burning Man the following year.

Eyes became a recurring theme in our relationship. We had some high resolution photographs of our eyes taken on a trip to Melbourne, Australia. The magnificent, intricate, beautiful complexity of nature fascinated us. It's clear that eyes are a unique window into a person's soul.

We wondered whether we could write a computer algorithm to recreate some of this beauty and complexity - to peek into the soul of the machine. We wanted to do this using nothing but math and code. No imported textures, no imported models. Alina sketched her ideas, breaking down the components of a human eye (the colors, the textures, the rings and fibers) and Ryan began coding. Using a combination of GLSL shaders running on the GPU, and three.js (a Javascript 3D framework), a prototype was born.

First mathematical noise is generated (inspired by The Book of Shaders which is an excellent resource on using math to create graphics). Then some trigonometry (specifically the arctangent function) is used to map the noise from a regular coordinate system to a polar coordinate system, and a little bit more math to show only pixels that sit in between two concentric circles. Finally, the texture is mapped onto a sphere in a 3D scene with a camera and lighting.

With this initial proof of concept we continued forward. We added animations (blinking, looking around, pupil dilation) and tried to measure the timing of our own eye movements to make these as realistic as possible.

Ryan built a set of parameter sliders so Alina could apply her creative touch to the noise algorithms and color palettes. The eyes started to take on a surreal quality - reminiscent of human eyes but becoming something new, something digital.

We continued pushing the boundaries, exploring new noise algorithms, new color palettes. We were ready for the most important step - to peek into the soul of the machine. Ryan wrote some code that probabilistically varied the parameters  every time a new eye was generated. This code would ultimately be informed by a unique hash generated by the Ethereum smart contract, based on the wallet address of the minter and timestamp of the mint. Once the algorithm took over and started generating eyes our jaws dropped. This was fun!

Of course not all of the outputs looked good, so we began a long process of tuning, tweaking and pruning the algorithm, preparing it for deployment. We are proud of the final result and hope all the buyers love their eyes as much as we do!

Fill in the application form or email contact@hypercube.art